A hedge of spirea is beautiful and at the same time, it does not require a large amount of money. It allows you to create a beautiful living fence that attracts every passer-by in the spring when the flowering of this plant. If all the rules of planting spirea, it will delight the owner with its beauty for years. To maintain the shape of such a fence do not need to spend a lot of time. The advantage of this fence is that it is suitable for almost any design of the building and the entire area.

Why choose this plant ↑

Due to the variety of types of spirea the owner of the site can create a variety of forms, making the fence more original. The standard height of a living fence is one and a half meters, but it can be controlled by cutting the plants. 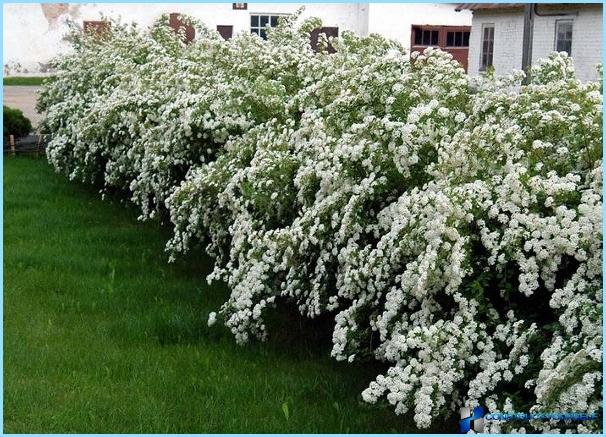 Comment! The spirea bushes require no special care and can withstand even being in urban environments. Among the types of many different types can be found, and such, whose leaves will have a reddish tint and remain even in the winter.

Hedge of Spiraea (Japanese varieties) will look great around any area, but something needs to be done to maintain its attractive appearance?

Particular care is to: 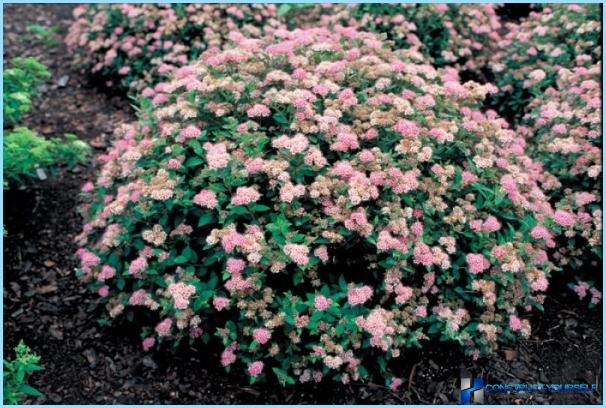 A hedge is not only in summer but in winter, holding on its branches the snow. The bushes can withstand severe frosts, so you should not worry about their safety. But if the shoots are still young, they can die in the winter. To avoid this, you should tie them into a bundle and bend to the ground and covered with leaves.

How to plant Spiraea ↑

Most often the hedge of spirea (photo of which is presented above) is planted in the open ground. The proper environment is a loam, mixed with peat. Planting depth is 50 cm and the same distance measured from one plant to another. After immersion of the root system in a pre-established hole it is tightly covered with earth, which is then vtaptyvaetsya.

After purchase ready seedlings before planting them, soak them in water. However, not all plant with roots. To hedge was smooth, pre-stretched string at a distance of 20 cm from the ground. It will be set in English. Hedge, landing of which is planned within the plot, can contribute to the beautiful division of the territory.

Propagated by division only young spirea, whose age is 3-4 years. It can be done at a later time, but the process is difficult due to the large volume of the root system. This method is used for the propagation of spirea in the period from spring to early fall.

It is important! The weather should be cloudy for about a week, otherwise growth can occur so smoothly as expected. This is due to the fact that after the split, the root system of Spiraea must be constantly watered.

The process of reproduction is as follows:

In order to re-educated the bushes quickly take root, it is necessary to equalize long roots with the rest and after landing, they will rapidly branch out. Fit of the parts has its own peculiarity – in the pit poured a mound, so when there roots they fell down.

Propagation by seed is more convenient because the result is a lot of plants, which can then be split. 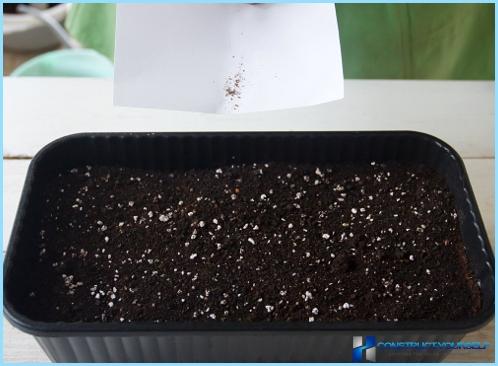 The planting occurs in a drawer with non-acidic peat, as it is most favorable for plant development. Once the seed is evenly distributed over the surface, dampen and cover with a film, which can only be removed after germination.