Despite the apparent reliability of iron batteries due to the abundance of compounds of the radiator there is a possibility of a leak. Leaks occur as a result of constant hydrodynamic loads and after the summer discharges. The probability of failure increases if the battery is old. To be prepared for such trouble, it is better to learn how to fix the leak battery.

The types of leaks ↑

Plumbing points are the radiator and the pipes that connect it to the riser. Each connection of these parts can be depressurized, so that there may be a flooded room. Depending on the connected components of the heating system can distinguish the following types of leaks:

In each of these cases, it is necessary to select a specific Troubleshooting method. 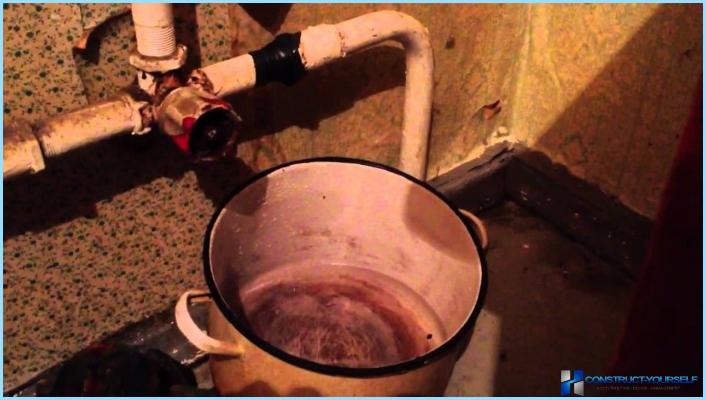 What to do upon detection of a leak ↑

One of the main causes of leaks is getting wear. But due to the different types of connections to eliminate leak needs in different ways. This means that the only answer to the question «what to do if you have a leaky radiator?» does not exist.

To avoid flooding, should be guided by the following rules: 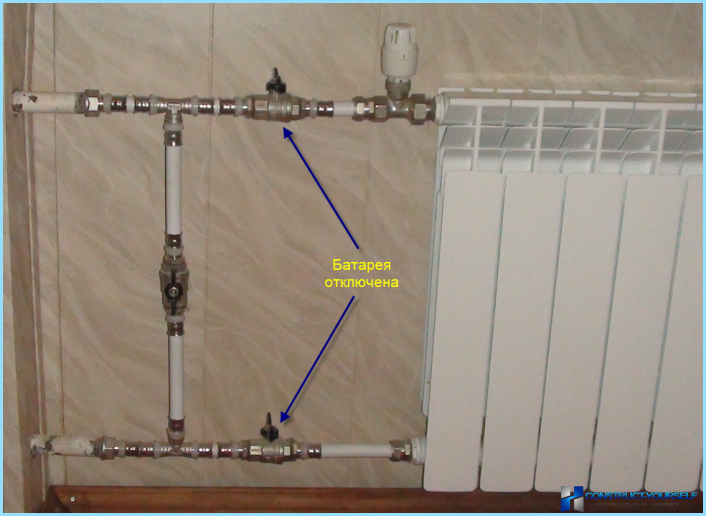 But what if the battery ran down in the winter? In this case, you should use some proven methods. If there was a serious leak and the hot water began to spray, to protect you first need to throw a battery blanket, which will stop even the strong pressure and direct the water on the floor. You should also have some large water tanks.

Elimination of leakage at the pipe connection with riser ↑

Leaks in these areas can occur due to improper installation. In most cases, the problem appears to be due to careless connection elements. If the cause is a wrong selection of the pipe diameter, then it will be noticeable after a few months after the date of installation. Also a pipe can not withstand the physical loads, when the owners of the apartment used elements of the heating system as a support.

To stop the leak in this case, you can use automotive hose clamps or rubber parts and wire. For example, in order to cover the leaks, you can take part of a Bicycle tire and wrap it around the pipe, securing with wire or a clamp. You need to prepare a strip width about 5 cm and a length of 35 cm For fixing the place of leakage is better to use clamps, as they distribute the load equally, eliminating the possibility of occurrence. 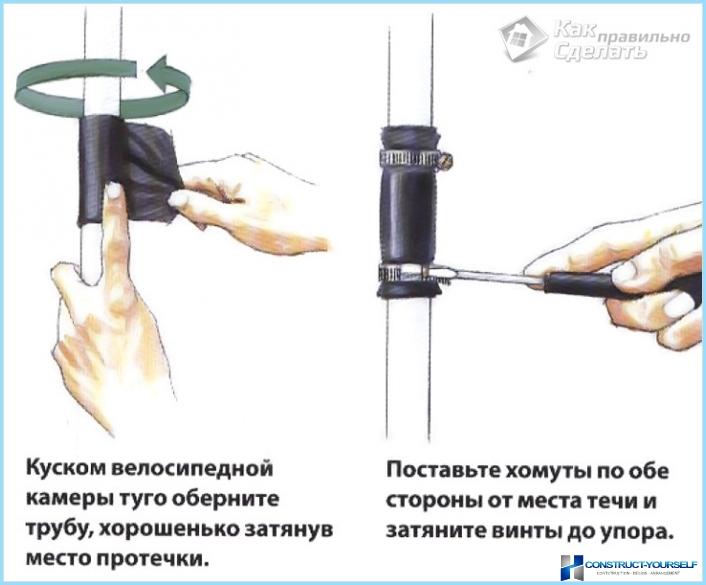 Elimination of the flow pipe heating ↑

These pipes are made of steel, so during long-term operation due to the presence in water of impurities in them starts rusting. This leads to the appearance of places where the material is thinner, and eventually not withstand the impact of water pressure. This process can be accelerated if the heating system is installed pipe, which has previously been used in other areas.

If the pipe there was a minor leak, it can be fixed using a cement-plaster. It is created in the following way:

It is important! If you turn off the water fails, then instead of cement, use a stucco, which dries faster. 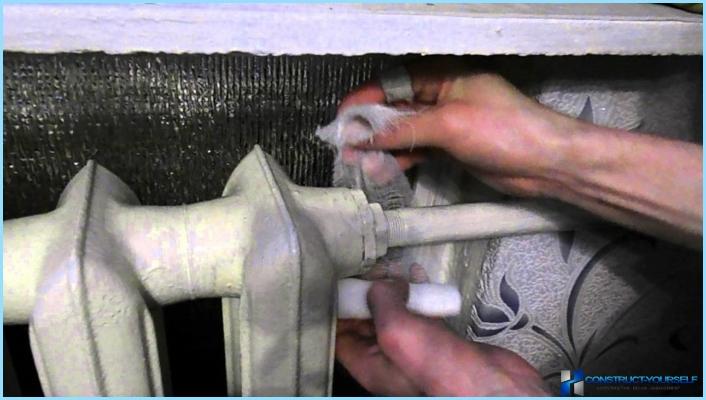 If a leak arose not threaded connection, you should first use a saline bandage. To prepare the bandage is moistened with water and sprinkle with salt. After the taping this material well, pipe bandage, the preparation of which is described above.

Elimination of leakage at the joints of the radiator sections ↑

Sometimes to determine the place of leakage of the radiator is quite difficult, as the water begins to curl the entire surface of the battery. To find a location where the material could not resist the pressure of the water, should completely wipe the surface of all sections and carefully to see them. Seeing the water should be shut off the shut-off valves to the radiator had no liquid. Then with a crane Majewski should lower the pressure.

Start Troubleshooting a leak only after the water ceases to drip from the rusted area. To eliminate inter-sectional leakages in the radiator, you can apply cold welding. The most common type of epoxy mastic with different additives. 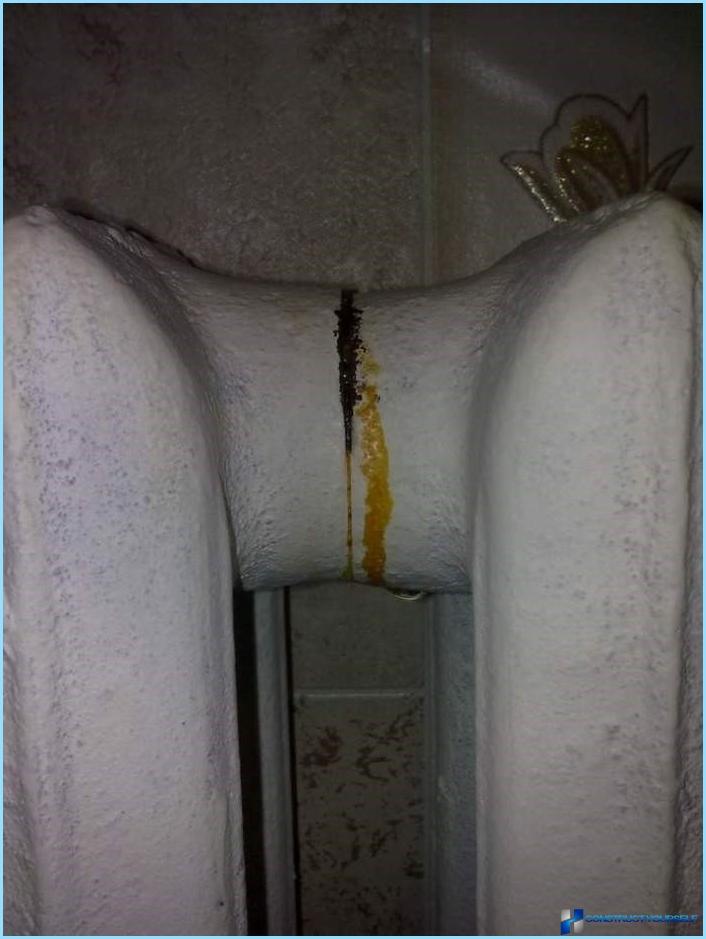 But first you need to clean up the connection sections. The first step is to clean the surface from paint, and to remove rust and dirt, you can use a steel cable. The quality of the cleaning of the joint will depend on the security patches.

After the purchase of a particular product you should carefully read the instructions, as some types of formulations not intended for a certain kind of pipes. Usually to create the desired composition it is necessary to connect multiple components and using a syringe to apply it on the injury. Mastic dries for about 3 hours, after which the battery can be operated again. Are also frequently used single-component compositions, which before application to the battery needs to stretch.

It is important! It is worth remembering that the increase in the thickness of the patch does not affect its strength. To get rid of the leak, it is sufficient to apply the composition up to a thickness of 4 mm.

Common is the case where leakage occurs at the connection of the riser with the battery. To correct the problem is quite simple, because the only re – «twist» connection. First, the water must be drained from the battery and block the riser below during repairs not to flood the apartment. Then Unscrew the nut that is located at the junction of the battery and the strut, and then remove from the old thread len. 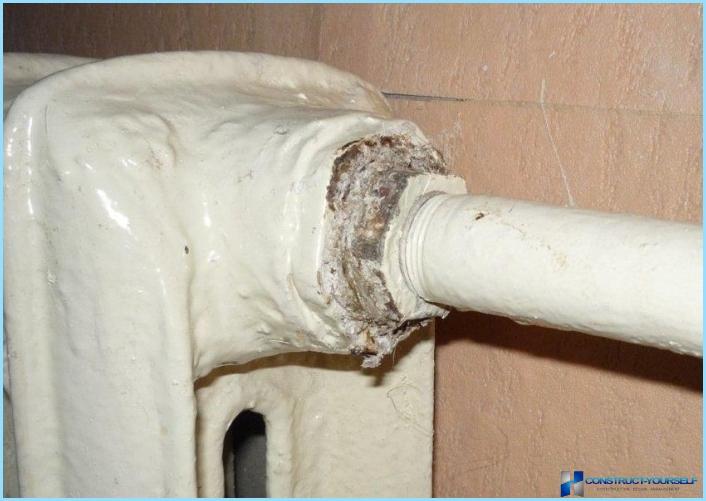 To make such action is very carefully, because if the battery was used for a long time, nut can break. In this case, will have to find a new nut or call the specialists. To repair you will need an adjustable wrench and new linen. After thread seal nut is twisted back. But this should be done very carefully. If you apply too much force, the nut can fall off from the thread or break.

What to do in the summer ↑

Before you fix the leak in the radiators, it should be remembered that all of these methods eliminate the leak are only a temporary measure. In the summer, when pipes are not used, you should perform the following steps:

After that you can re-install the battery, using new linen thread seal.

If the leak appeared in the section pig-iron batteries ↑

In this case, the first thing you can do is to find a wooden peg which can be inserted into the slot of the battery. Due to the swelling of wood fibres the water for a while will cease to drip. But such a solution should only be used in emergencies when there is no possibility to do anything. If the battery started leaking in the winter, it is best to call a plumber to fix the leak by welding or replace with new.