In fact, we are mostly familiar with the mechanism to connect the telephone Jack. In fact, there’s nothing too difficult. If you have basic training or even theoretical knowledge, then you can manage for half an hour, given the wiring.

The types of telephone sockets ↑

Are going to connect the phone? To answer the question of how to do this, you first need to determine the kind of outlet. A few years ago this question would not be asked, because there was only one type – RTSC-4. In every house where there was a telephone mounted such standard devices. Today, the Soviet-rooted standards was replaced by the European – RJ11 RJ12.

RJ11 is used in apartments and houses. It is just two wires. 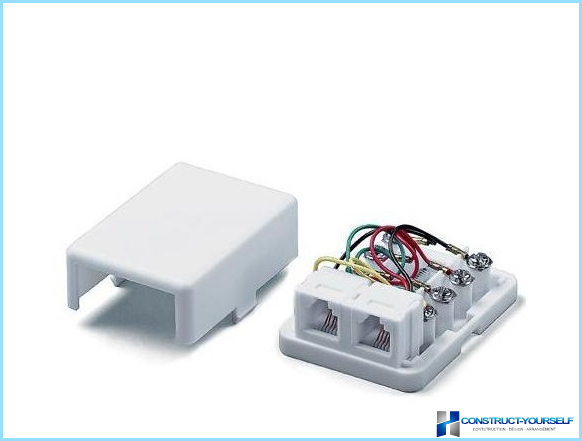 RJ12 is connected to four wires. It is used as a wiring PBX with a large number of channels. If you are planning to install a telephone at home, it is better to focus on the RJ11. 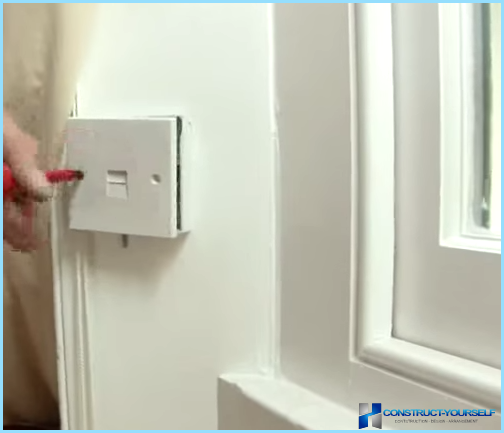 The methods of installation phone sockets ↑

If you have minimal knowledge, to connect the own telephone network can for 5-10 minutes. There are two ways of installation – indoor and outdoor. Open method involves the installation on the surface without removal of the finishing layer. 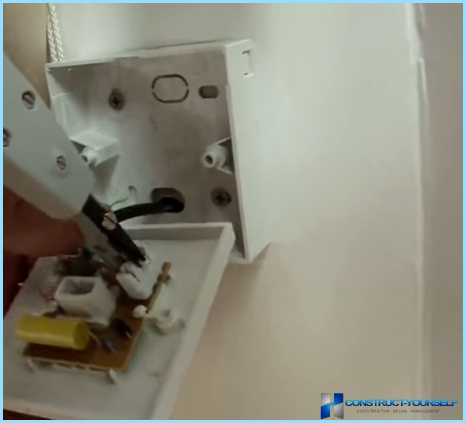 For example, if you have fully made the repairs and now you need to hold your phone, then install the socket directly on to the Wallpaper or paint. The cable channel, while hiding under the baseboard. Outdoor mounting method can be carried out without mounting on the wall socket can be on the floor.

It is 4 screws. The two closest to the connector, do not need to touch. The wires are fixed in the two remaining screws. Then laid insulation – cores are joined to the clamp and are fastened by screws. Thereafter, the housing cover is closed. Work ready.

It is important to know! All the work on the open installation should be carried out wearing gloves. It is better to use latex. There have been cases of occurrence of the voltage when the phone tried to call. At this point you can strike shock. The impact will be, of course, is not lethal but sensitive.

A hidden method of installation involves laying the telephone wire before it is connected to the outlet. In this case, pre-planned location. 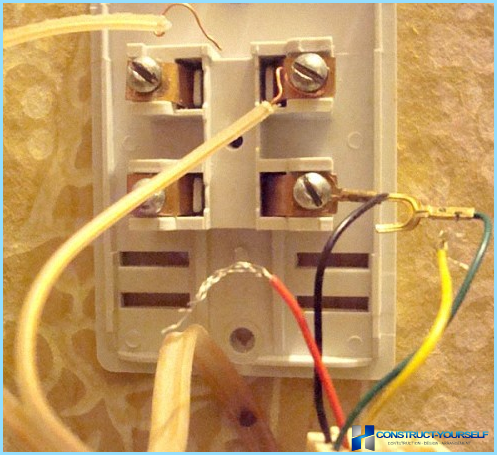 Sometimes hiding wires in the wall, and the outlet carry out. Visually, this method of attachment looks like a standard electrical outlet. Hidden and open methods of installation are called external and internal. Overall, fundamental differences, they do not exist.

Before you begin installation, you should prepare a basic set of tools and materials:

Modern telephone sockets are available in different sizes and colors. To independently connect the RJ11, you need to use the following scheme:

Read more about connecting phone sockets you can see in the video:

What to pay attention when connecting the phone jacks ↑

Phone Jack standard RJ11 or RJ12 contains 2 and 4 the contact. They look like small metal fork. The cable is fixed between the teeth of the fork. All devices are fixed only to the two contacts. Professionals can use it to pin jumper knife, but in the everyday conditions of ordinary kitchen. It is not necessary to spend money on a special tool, if the connection will have to conduct one or a maximum of two times.

Braid of the cable is removed by about 4 cm Cores should be separated from each other. 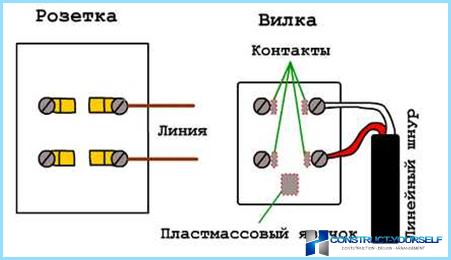 Many do not buy modern RJ11 sockets, since there are parts from the Soviet period. Here are some signs that surely you will need:

How to work on the scheme ↑

So, most of the professionals work when connecting phone under the scheme. If you use the device the old standard, not a European one, it is better to buy a universal outlet. In her modern mounted connector and a connector with four contacts. Fifth – the plastic tab. Connecting sockets of the old type similar to those described above for the connection RJ11 or RJ12. The two wires of the wiring connected to the contacts located around a plastic tongue.

It is important to know! Before connecting the outlet you should make sure that in the fork, suitable to the apparatus, the wire is introduced, mirrored similar contacts in the socket.

In addition to these standards, RJ11 and RJ12, there is still a standard RJ25. It is equipped with six contacts. These outlets are not installed at home, but there are times when ignorance is still acquired. If that happened, then the phone will need to connect to the third and fourth contact, as shown in the picture: 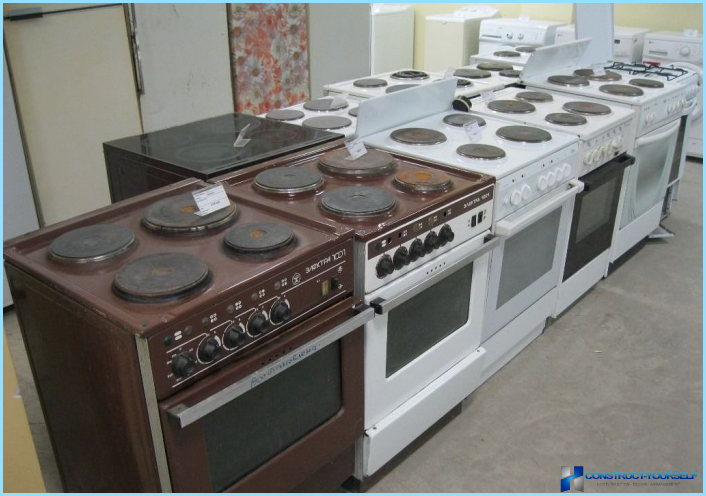 These contacts are connected red and green wire, so they will be easy to find. To the outlet of any subtype of connecting standard cables.

As we can see, nothing complicated in a direct connection telephone Jack no. Good luck!