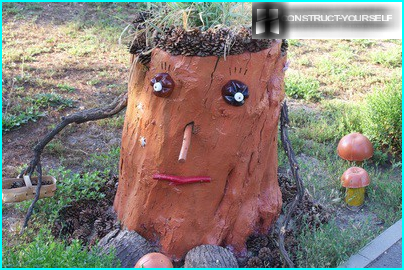 Planning to build a fence of any owner of a suburban area seeks not only to designate the physical boundaries of its territory, but to protect possessions from idle curiosity of passers-by and attempted property intruders. Therefore, at the stage of planning area one of the key aspects to the solution which should be approached with responsibility, is the distance between the fence and the building. At what distance from the fence, you can build a house, not contradicting the existing legislation, how to interpret rules, adapt them to the conditions of allotments, let us consider.

Many owners of country houses are installing fencing around their property, focusing only on their own opinion. But a careless approach can lead to all sorts of troubles to solve which sometimes have only in court.

The distance between objects in the conditions of private buildings are governed by two main documents:

You need to understand that the legal documents governing the installation of fences, call first and foremost be guided by common sense. Given in the norms of parameters and requirements due to specific factors. 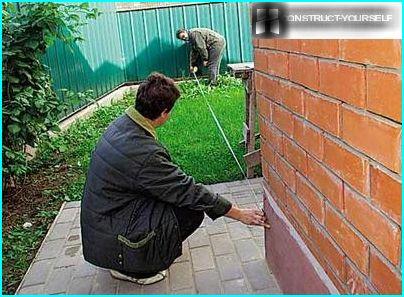 To prevent the possibility of conflict situations, the design of buildings at the site and determining at what distance from the fence they should be, you should focus on generally accepted standards Adhering to existing standards when planning placement of objects on the site, you will provide yourself and your family calm and comfortable accommodation

Focusing with the construction of buildings on existing rules, you will protect yourself from many problems:

The Requirements Of SNiP

Mandatory conditions that must be followed when designing the site:

Restrictions and upon availability on a plot of trees with spreading crowns. The temptation to save a few meters of the area, placing green areas closer to the border, warning all of the same regulations. The distance from the outer fence to tall trees should be at least 4 meters. 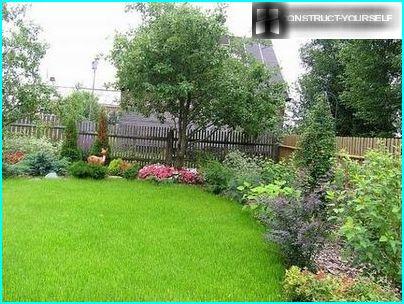 Planning to plant on the plot of fruit trees of medium size, you should place them at a distance of 2 meters from the perimeter fence and shrubs to be planted a meter away from her

Keep in mind that when determining the distance to the edge of the plot distance is calculated from the center of the trunk. Therefore, complaints from the neighbors regarding shading their territory too overgrown foliage of a tree should take into account only if the plant is planted closer than is permitted by the applicable SNiP. 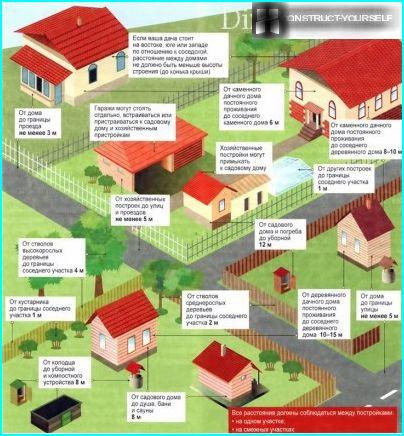 The main provisions of the construction rules is SP 30-102-99, as well as SNiP 30-02-97, relative to the distance from buildings to fences (click on image to enlarge)

It is strictly forbidden to move buildings closer to the boundary, thereby to increase the area of the yard or plot seeding. Failure to comply with regulations can result in penalties administrative plan, resulting in fines and forced the dismantling of the erected fence.

If we consider the requirements regarding the distance to the fence facing the street, in addition to the above provisions, should take into account a number of restrictions relating to fire safety. 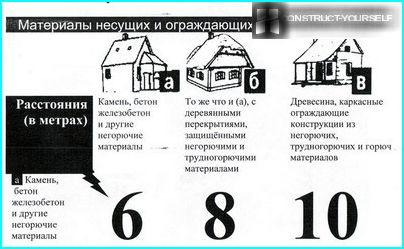 Built entirely of noncombustible materials such as concrete, reinforced concrete, brick and stone have I-II degree of fire resistance. They should be placed from the fence, keeping the distance in 6-8 meters.

Frame construction with floors made of noncombustible materials such as metal sheeting or have the III degree of fire resistance. During construction you must maintain a distance to the fence in 10-12 meters.

Wooden buildings and buildings on the basis of the wooden frame of the most vulnerable and have the IV degree of fire resistance. Therefore, even if the impregnated wood elements in flame retardants, a composition which contains flame retardants, the distance to the fence should be at least 12 meters.

The distance from a residential building to the fence may be reduced only upon obtaining permission from the special services, as well as mutual and documentary confirmed agreement with the owners of neighboring properties.

In determining the distance from the construction to the fence should not be discounted also sanitary norms.

So for buildings with high fire hazard, the construction of which involves summing the necessary communications, the distance to the fence should be 5 feet. The distance to neighboring residential buildings must be at least 8 meters. To create the conditions under which it is possible to reduce the distance from the outer fence to the same baths, experts strongly suggest to equip sewage sewage.

No one will be a nice closer to home neighboring the bathroom. And cages for range livestock or poultry houses can cause a lot of anxiety associated with the runoff of sewage into the soil layer. Therefore, even when complying with the required norms of the distance to the fence such buildings should be located at a distance of 12 metres from a neighbouring house. Street closet in the area and sheds for livestock maintenance, can be installed four feet from the fence, but keeping at the same distance from the neighbor’s house

In the adjoining home farm buildings according to fire safety regulations there must be a separate entrance. But then, when determining the optimal distance you should take the highest value of exposed architectural elements: shed roof porch. Additionally, when the arrangement of the roof even with the indent it by 1 m from the boundaries, it is necessary to send to his court. These rules are equally applicable to structures located on both adjacent areas.

Since the fence itself can submit the bulky design, the distance should be measured from the border to home base.

Important point: if the thickness of the fence does not exceed 10 cm, then it can be safely placed in the middle of the boundary line. If you build more heavy and bulky enclosure, the fence must be moved in the direction of your possessions. With the surrounding areas permitted «capture» only 5 cm of the total thickness of the erected fence.

To the question of compliance of sanitary padding, many owners of country stations are more loyal. But they should consider because the change of ownership or sale of the site may have unforeseen problems.

Conflicts between neighbors over the boundaries of their plots and irregular placement of buildings – the not so rare phenomenon. Often domestic conflicts subsequently are the basis of litigation.

Among the most common reasons for such conflicts is to provide:

According to the rules of land use to delimit the adjacent household plots only one General fence. Two separate fence install when between these areas the road passes. In this case, is allowed between the neighbors to build a solid fence.

A widespread movement to erect two three-storey houses on small plots with an area of 6-7 acres, is frequently the cause of conflicts between neighbours due to shading areas

A structure erected near the boundaries between areas that could have an impact on the nearby properties. And not many owners of neighboring parcels, this impact is considered acceptable. Therefore, before building it is best to obtain not only the written authorization of the interested organizations, but also the consent of neighbors.

On this basis it should be noted that if the neighbor build his building finished before you, it is good before you build your house, you need to retreat, having sustained a normalized distance.

Requirements for the height of the fence

Many people mistakenly believe that the external fence you can build without formal conditionality. In fact, relative to the dimensions of walling building regulations are mainly of a recommendatory nature.

The material used in the manufacture of external hedges, building regulations not regulated. Also not strictly regulated and the distance between the supporting pillars of the fence. 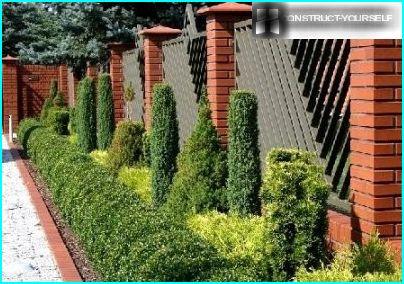 Guards are divided into two types:

The only restriction imposed on the use of elements that can be dangerous for people. These include the barbed wire. It should be hung at a height of 1.9 meters.

When it comes to fencing between neighbouring sites, then the question Snips more precise: the height of the fence must be within one meter. And to indicate the boundaries, you can install fences that do not create shading and allow air circulation over the surface of the soil. This means that the lower part of the fence needs to be well ventilated. The best option – fence, lattice fence or a fence of netting, but not a fence of solid fabric type panel fences or palisade. 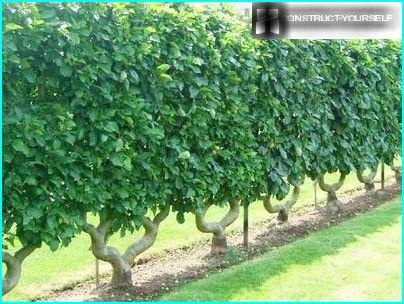 Also allowed to indicate the boundaries between neighbouring plots to build fences, hedges, supplemented with mesh and wrought iron elements

But there are some circumstances in which for the erection of a permanent fence will have to get permission. Approval will be required if:

Do not rush to erect a permanent fence if the boundaries of your plot is not yet included in the state cadastral plan.

Of course, there are situations when land plots are so small that their area just does not allow to observe all the norms of mutual accommodation buildings. In this case, the problem can be solved, using the services of experts BTI, who know all the subtleties and nuances. Otherwise, when the appearance of conflict will have to involve lawyers.

Video: development of the site according to the GOST