For finishing of facades, and as a finishing coat for interiors are extensively used plasters with different base and filler, but perform one function – create coatings that provide protective and decorative functions. 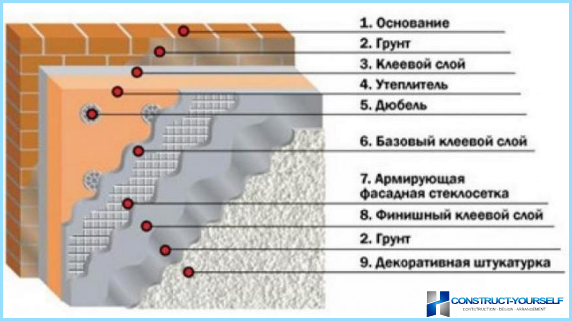 Wide application due to its vapor permeability, which allows to perform high-quality insulation of external walls of buildings method «wet» insulation, received a silicate plaster for the facade, the application of which the surface of the adhesive layer of the insulating coating provides a release of warm, moist air from the building. Composition of silicate plaster is a mixture of sodium and potassium silicates with mineral fillers of different size, a variety of additives, dye and water.

For finishing of external walls of buildings with concrete, lime or gypsum base, applied silicate facade plaster, forming an attractive decorative finish which is characterized by elasticity and charge to ensure a clean surface and lack of dust. Resistance to atmospheric agents, water repellency and full of fire make this material indispensable in the finishing, including on top of the polystyrene or cellular concrete.

Silicate plaster, as the fine finish of aerated concrete, is the perfect solution to the question of external and internal decoration of the building, because good adhesion with the cellular surface of the concrete, which cannot be achieved using acrylic finishing mixture.

Produced silicate decorative plaster in the form of a ready mix that does not require dilution or compounding, but requires thorough mixing before application. The putty is sold in plastic containers weighing from 5 to 25 pounds, allowing you to buy the necessary amount of the expensive material. Depending on the fraction of mineral filler, you can get different textures with topcoat:

Despite the fact that silicate decorative plaster is designed for outdoor use, it can be successfully used for interior decoration, for example, kitchen walls or as cladding balcony.

A kind of putty on a silicate basis is silicate-silicone plaster, got its name thanks to the addition to the base emulsion of silicone resin. In addition to the liquid silicone mixture includes an aqueous solution of acrylic resin, a water-repellent additive, mineral filler, modifiers and pigments. 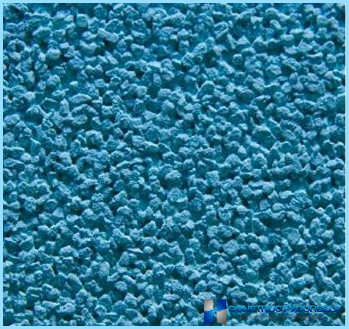 Compared to a similar material without the addition of silicone resin, silicone and silicate decorative plaster has the following characteristics:

Technology of preparation of brick walls ↑

In the performance of building external walls of sand-lime brick, before applying to it a topcoat is required the preliminary preparation of the surface, which applies a mixture of sand and binding framework. Silicate plaster on the brick is performed by applying a sand-lime mixture on pre-fixed metal or polymer mesh, the thickness of the layer is defined with a fixed beacon profiles.

Technology of plaster of external walls of sand-lime brick has the following specific features:

The technology is applicable if it is plaster sand-lime brick outside the building. While on top of the sand-lime layer it is recommended the arrangement of hydrophobic finishing layer, which may be silicate mass for plaster.

In that case, when we perform the internal plaster on the silicate brick, the technology application would be the following: 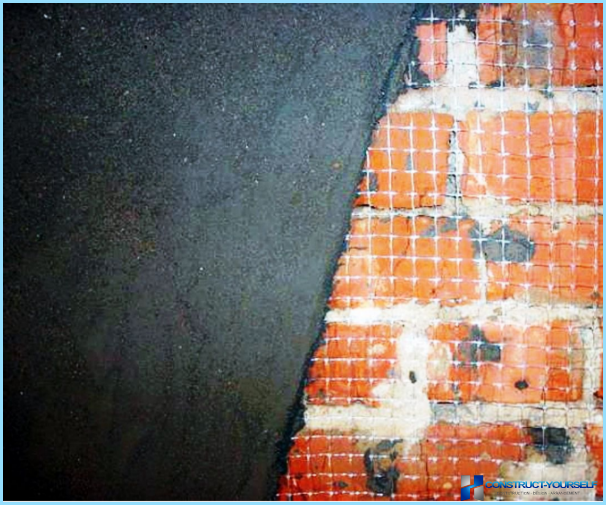 Plaster walls from a silicate brick directly applied to the brick is a silicate or silicate-silicone mixture is not rational, because of the necessity of applying the layer with a large thickness for leveling the surface and as a consequence of the high cost of production works.

When finishing the interior walls with the silicate mixture, many owners over time, when the colour fades, the question arises whether it is possible to paint silicone paint, silicate plaster? The recommendations of manufacturers of silicate and silicate-silicone plasters provide the ability to update the surface with silicate paint CT 54 or CT 48 silicone. Must be completed primer surface.

The most common and popular blends on the market of construction materials are silicate mixtures for plaster:

Selling silicate-silicone facade plaster in Moscow, Nakhodka or Yaroslavl can be found in stores selling building and finishing materials, and the range of specialized online stores.