When using the oven, fireplace or boiler most owners of private houses and cottages noted a significant deterioration in the combustion process. 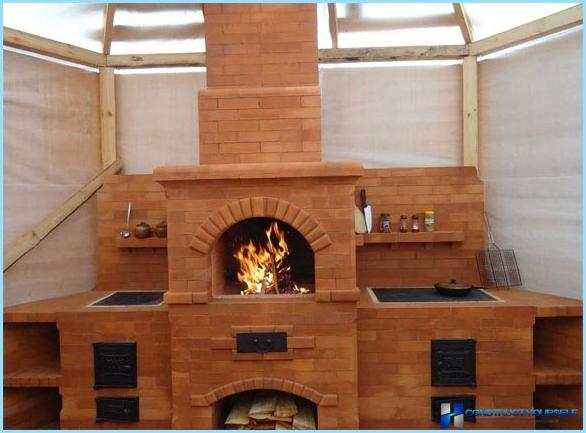 Most often it is caused by the change of traction. To improve the quality characteristics should be set to booster draft chimney, which, due to the simple design you can do yourself.

The causes of deterioration thrust ↑

To begin, you must determine the cause of the deterioration of traction. So first of all checks the overall condition of the chimney and related elements of the system. 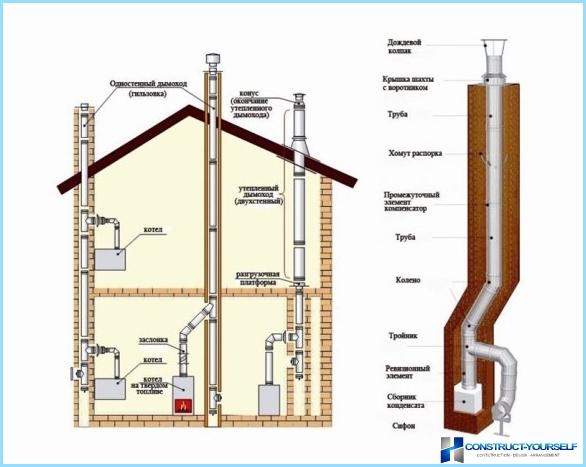 This is done very easily. First completely disable the entire heating system, then in the chimney by means of a long probe to measure the amount of soot. This value should not exceed 2 mm.

The causes of insufficient draft in the chimney is divided into 2 groups: external factors and design features.

Among the design features:

All of this can have a significant impact on thrust force and to create additional resistance, thereby reducing its level. To avoid this, it is necessary to take certain steps to enhance or stabilize the draft to a furnace or boiler work more efficiently.

For the normal functioning of the chimney the upward flow should have a pressure of about 10-20 PA. To determine the level of thrust used anemometers, and based on their testimony and the results of burning of the fuel, the decision to increase or decrease thrust.

There are various options of how to bring traction in line with the standards:

The simplest way to remedy low the thrust is to extend the chimney. Due to the increase in the difference between the levels of the flue outlet and boiler is increased and the pressure difference upstream. For fume collection tube is most appropriate height of 5-6 meters in compliance with the minimum distance between the vertical section of the chimney and stove or boiler, and absence of knees of the contractions and abnormalities of mines. 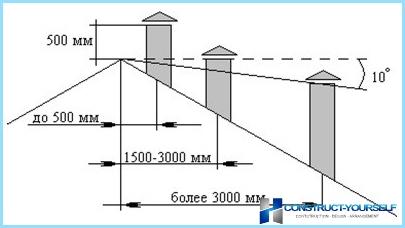 If there is a high roof or finding nearby home of large structures, significantly degrade cravings, this method allows to achieve the best result. However, at very high chimney thrust can greatly exceed the desired value, resulting in the bulk of the heat will be distributed in the environment, and not be spent on space heating. To prevent such cases, special valves, through which reduces the amount of exhaust gas. 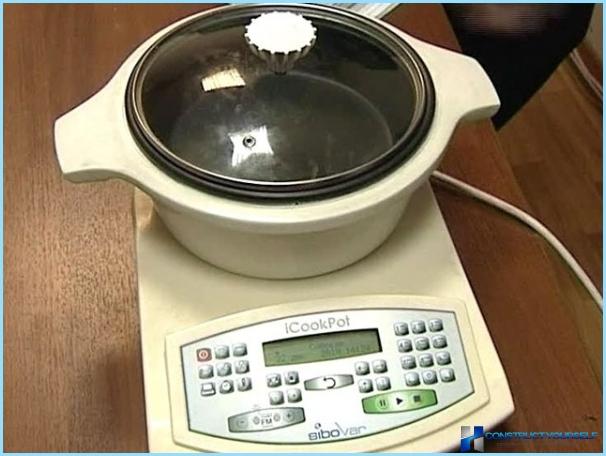 Baffle – a device that allows you to optimize the air flow to enhance traction in the fume collection ducts or pipe. The deflector is translated as the guiding device, the reflector. The name basically describes its purpose and functionality. 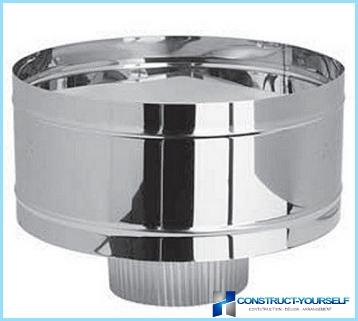 The simpler the design, the more effective because the flows reflected from the roof and a lateral wind increases traction force and suck up the smoke from the chimney. Deflector, even during heavy wind, eliminates tipping thrust, but in calm weather it is inefficient. Booster draft chimney should be selected not only on the size dimolybdate channel, but also on the assumed wind load.

If you have the desire, galvanized sheet iron, a minimal set of tools, scrap materials and even minor skills working with metal, you can make this device yourself. 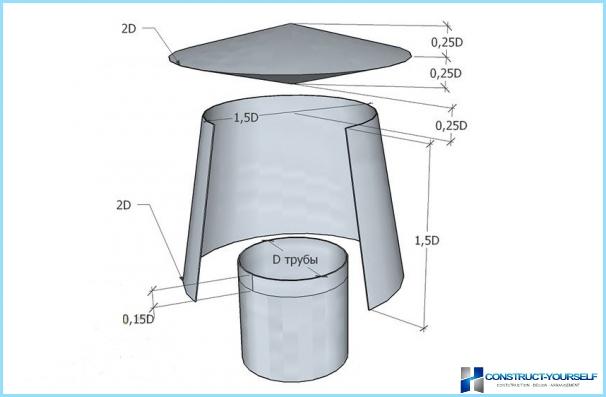 For the manufacture of the device will need:

After making calculations and drawing on the metal outline details perform the following:

It is worth remembering that all the connections to the amplifier the draft in the chimney should be durable, as it may exposed to strong wind. The video shows the process of creating a baffle with their hands.

Such amplifiers chimney not only tolerate flue gases and high temperature, but also have corrosion resistance and durability. 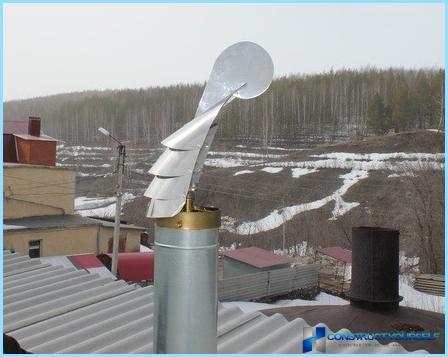 The weathervane is another pull amplifier with a fairly simple design without lengthening dimolybdate pipe, and also depend on the force of the wind. However, this device in contrast to the above, almost never generates resistance in calm. Set on the top wing of a small size, which protects the edge of the chimney from the wind with only one edge.

Thanks to the auxiliary blade, and its location opposite the place of fixing the weather vane on the chimney, the device all the time closes the mouth from the air flow that is flowing around it, creates the output vacuum, thus greatly improving traction. Manufacturers suggest to use such devices for chimneys wood stove with insufficient or intermittent traction, in case of strong winds or the formation of air vortices over demonisation channel, due to unfavorable location of the pipe. 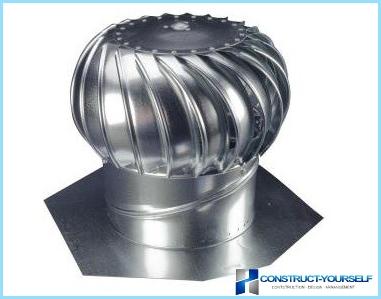 A rotary turbine is a mechanical device to increase the thrust in the chimney uses wind energy. Turbine nozzle, regardless of the direction of the wind while turning in one direction, creating a flue duct over the vacuum, thus increasing thrust.

The design of the thrust augmenter can protect the chimney from the ingress of debris, leaves, rain and other things. A feature of the turbine is that in calm weather it doesn’t work in non-heating season is performed, the exhaust air from the flue, and in the presence of wind creates a high sparseness and increase traction.

It is not recommended to install a similar draught in the chimneys of furnaces, coal-and wood-burning fireplaces. It is worth considering that the temperature of the flue gases should be no more than 150-250?C. Such a device is effective for natural ventilation systems and diowiordy tubes boilers, operating on gaseous fuel. 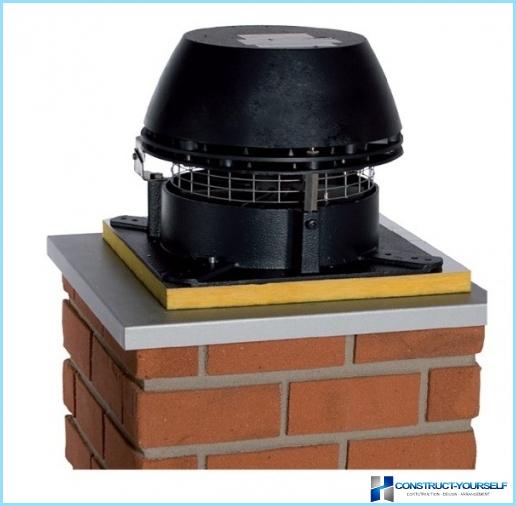 In some cases, for example when using wood stoves or fireplaces, it is acceptable to install a special electric exhausters. These devices are designed for use in high temperatures, the presence of ash, condensate and other products of combustion. However, it is strictly forbidden to mount them on dimolybdate pipe solid fuel boilers in which the temperature of the gases can reach 650-800?C.

Such devices allow to fully automate the operation of the flue channel. The force sensors of flow and temperature regulate the intensity of rotation of the actuator, maintaining the thus, in the system optimum traction.

The choice of the method to increase the thrust depends directly on the design features dimolybdate channel. The use of these devices to gain traction in the chimney true only under certain conditions, namely: the predominance of calm weather in the region or the inability of the device fume collection tube of the desired length.