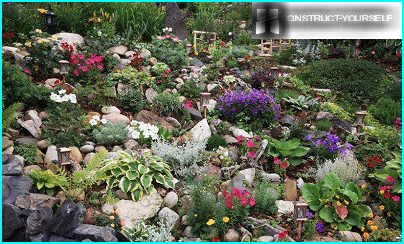 Garden art is a style is a collection of traditions, rules, methods and principles to ensure the unity of the image system of the garden, its common ideological and artistic content. The style of the garden in Japan was influenced by the surrounding nature. Peculiar flora of the island, framed by the great waters, short-flowing rivers, lakes of various origins, the most beautiful mountains. The geographical features of the country allow even a few meters of space to turn into a full-fledged garden – Japanese rock garden, which combines naturalness, minimalism and symbolism.

The remarkable quality of Japanese culture is that everything is new does not destroy or suppress already existing traditions, and processed, successfully complementing what was created for centuries. Buddhism, which was brought here from outside, has been modified their own culture to the Japanese. So there was formed the Japanese philosophical and religious teachings of Zen Buddhism. Under his influence, began to create special gardens: the monastery and temple. 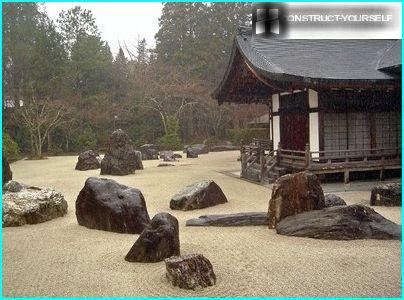 A kind of microcosm in which sand, pebbles, stones and mosses created the prototype Universe

Culture Zen has created a garden that could do without plants or have them in minimum quantity. A kind of microcosm in which sand, pebbles, stones and mosses created the prototype of the Universe, were intended for meditation, deep immersion in meditation, contemplation and self-knowledge. Mysterious and incomprehensible for the Western person the rock garden has become for Japan a hallmark as the Sakura and chrysanthemum. In the garden culture of other countries it has no analogues.

History of Japan kept the name of the master of Zen Buddhism, created the first rock garden in Japan. Garden in the Kyoto Buddhist ryōan-JI temple was built by the master Soami (1480-1525). At the site in 10х30 meters are 15 stones arranged in five groups. Tradition prescribes to look at the stones from a certain place. If you want to follow, a mysterious and inexplicable harmony of the garden to have a hypnotic effect.

Japanese style will suit those who are willing to abandon the lush splendor of European gardens. Addicted to thinking lovers of secluded relaxation will appreciate all the charm of a minimalist temple garden. Willing to build a Japanese rock garden with his own hands should take into account key moments of its formation initially: 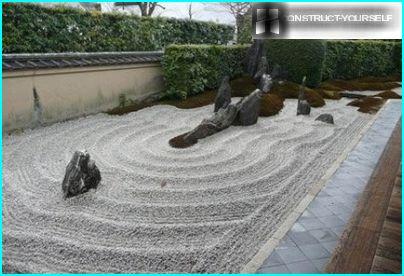 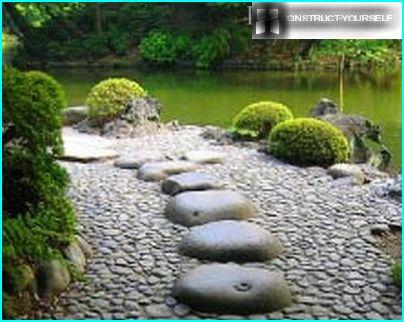 That is the caring for a garden:

Japanese culture in Russia paid much attention. Our fellow citizens are interested in the features of the traditions, ceremonies, philosophy, culture and of course cuisine. A system of continuous self-improvement «Kaizen», for example, successfully used at the Chelyabinsk pipe rolling plant. It has its own garden stones. 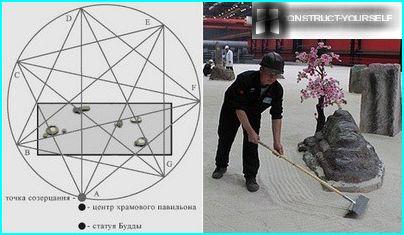 Left: the heptagonal geometrical network of lines is the basis of building a rock garden; Right: the garden of stones of the Chelyabinsk pipe rolling plant

As is often said today that the geometric components of mysterious rock garden of ryōan-JI temple opened, and his harmony is translated into a simple formula. Yeah, I think so — Or so it seems to the Europeans. The garden of stones, as characters, will always remain mysterious and incomprehensible to us, even if we learn to mimic their form. Those who wants to make a rock garden on his land, must understand that it will only copy the external form of recreating the original. However, there are copies of their masterpieces.