For a long time football does not lose the leadership position among other sporting events. The defining element of exciting game play are the gate. Their installation is mandatory, in the absence of the required designs of the football match does not make sense. Are there standards that define the dimensions of the football goal, the differences in different types of football and what are the rules for their placement? Let us examine all the issues in detail. 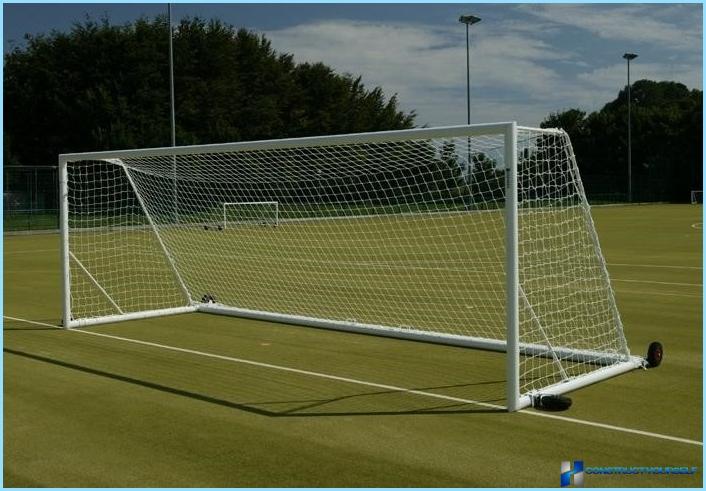 The historical episode of the appearance of a football goal ↑

It is logical that the earliest mention of the restrictive structures found in the English Chronicles of the 16th century. Of course, over time, the ball game has changed dramatically. However, even then players have identified the border zone, denoting it «gates», and tried to make some kind of structure. Until the late 19th century, the site was marked by two vertical posts between which was strung a rope cross, later it was replaced by a rigid crossbar. In the same period desks there was a grid to control goals, its absence often provoked a dispute. The second reason for setting the grid was to reduce the time to return the ball on the football field. 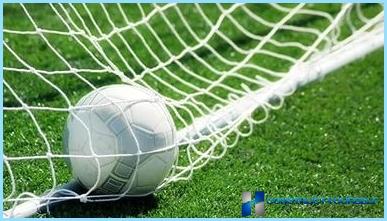 The size and placement of structures ↑

Modern football goals are placed in the center of the goal line. The design consists of a pair of vertical posts, called rods, which are equidistant from the corner flag poles. Between them is a horizontal crossbar. Mandatory is the requirement of a reliable fixation of the structure on the surface of the earth, the use of a portable option is possible in specified cases. The reverse side of the gate is equipped with a mesh that does not interfere with the goalkeeper. The current standard size football goal set out in the table below:

Comment! Usually, goalposts are made from metal and covered with white paint.

It is possible to manufacture structures made of wood or other allowed by the standard material. In addition to the round cross section may be rectangular, square or have the shape of an ellipse. 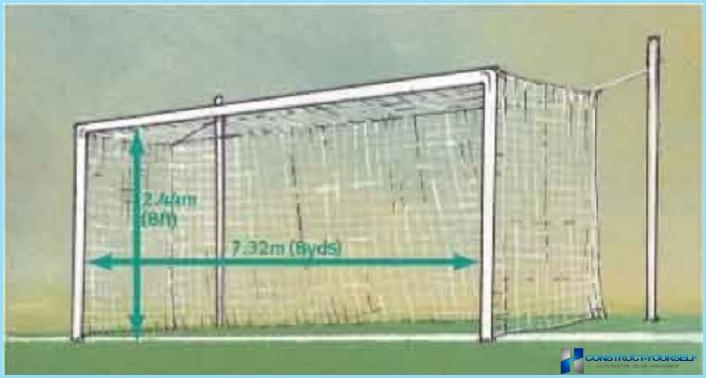 The emergence of mini football occurred in Brazil in the 20-ies of the last century. Active development of the game received after three decades after its appearance. The key differences are as follows:

Comment! Though compact of all attributes, the score of the game, as a rule, more than in the traditional football match on the grass.

Feature of mini soccer is tactics, where each player follows a specific opponent.

If a standard football match, the gate is securely fixed on the lawn, mini football characterized by their fixing to the floor. The structure dimensions are the following: 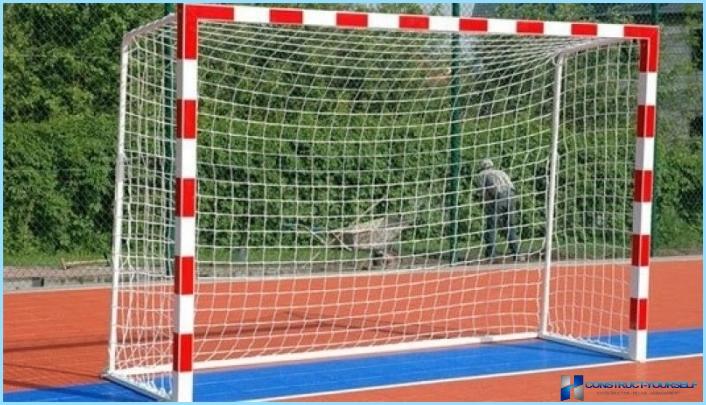 Rarely what kid doesn’t love to chase the ball. The accessibility of the game explains its popularity among people of all generations, including children. Often in the courtyard of the gateway function performs the trees, but unlike the standard designs, these structures cause some inconvenience. For children’s sports pastimes are recommended to install a football goal made of aluminium, it significantly reduces the risk of injury. Given the ease of material the gates need reliable fastening.

The Council! Extend the period of operation football goal made of aluminium will allow processing of the protective enamel or lacquer.

Dimensions football goal, designed for children differ significantly from the standard constructions. This is due not only to reduced dimensions of the field, but and anthropometric parameters of participants in the game. Clear standards, in contrast to professional football, doesn’t exist here. Mostly manufacturers offer two options goal for children: 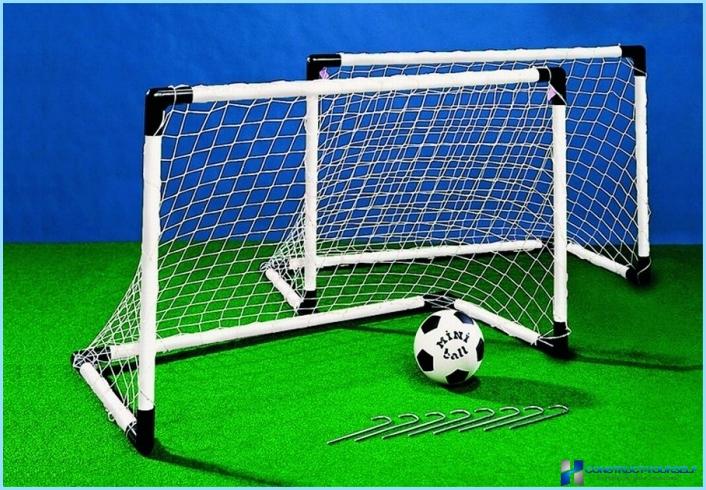 A few words about the field in General ↑

To the field, which played the main action, also are requirements for compliance with established standards. The history of the development of football tournaments repeatedly accompanied by change of parameters of lawn and play areas. The last time the layout of the pitch was altered in the late 30-ies of the last century, when in front of the penalty area appeared arc.

Standard sizes of grass specified in section 1 Laws of the Game (translated from English. The rules of the game in football). Following the regulation, the dimensions of the field vary within the following limits:

The optimal size of a football stadium, according to the documentation FIFA, is 105 by 68 meters. These parameters are most often used in practice.

Comment! Exceeding the minimum grass cover standard size field is 5 meters on each side.

One of the aspects of the quality of training among professionals is a markup goal. First there is a conditional division into two zones, then each area is further subdivided into nine squares of equal size. The result is 18 zones numbered with a sequence number from 1 to 9. Such a standard markup promotes simplification of procedure for working off of blows. Thanks to sports commentators, fans often hear about the existence «nine», which means the left or right top corner football goal.

What other interesting moments are possible when playing in area football goals:

A small number of goals during matches periodically annoying fans, and there are different ideas to increase the performance of games. Among them is to change the standard dimensions football goal upward. However, such proposals have not found support among the officials of UEFA and FIFA, therefore in the near future will have to be content with a modest final results of football tournaments. 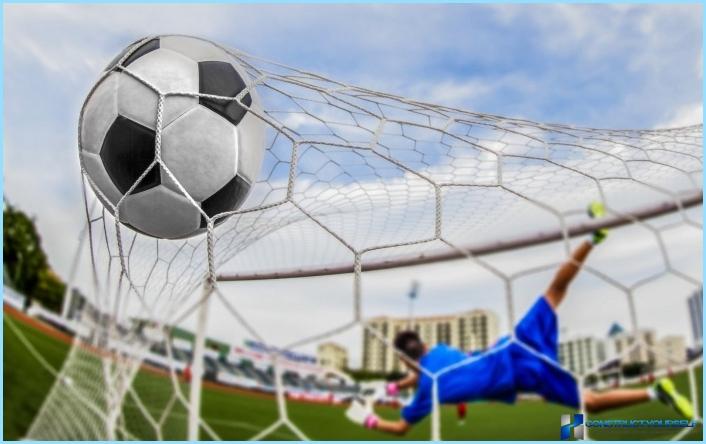 In 1998, a curious incident occurred at the Madrid stadium. The Champions League match for the finals was marred by the significant delay in the start of the game due to fallen gate. The result of an unforeseen situation was the downgrade of the stadium according UEFA classification, moving it from 4-star sports facilities in the category of 3 star. Adds the history of Comedy, the date it happened on the world day of laughter on April 1. This confirms once again the need to adhere strictly to the standards relative to the gate.