The beginning of the use of bricks in construction in Russia can be attributed to the late 15th century. The bricks of baked clay used in construction of temples, palaces and other buildings, which could afford only the very rich members of the nobility. The overwhelming majority of the population of brick buildings in those days were practically unavailable. At the end of the 19th century was the beginning of the production block-silicate, as a result, this popular building material for over 100 years has a massive use in construction.

Undoubtedly, such a long life silicate material has been possible due to its undoubted merit, proven long-term practice of.

The material of the silicate widely used in construction, primarily because of the low cost compared to other building materials. If you take for comparison a common ceramic counterpart, its price will be 30-50% more than silica brick of the same size and characteristics. In this case it is the quality not inferior to other types of building material.

Silicate brick is produced depending on the purpose:

Also depending on density and specific gravity it is possible to divide the produced brick are two main types: hollow and solid. The use of solid sand-lime block is allowed for masonry bearing wall buildings up to 10 floors except the basement. Due to the high strength it can withstand quite a load. Allowed for the construction of high-rise buildings without limitation, massively use silicate for the construction of one-storey and two-storey houses and cottages with their hands.

Where she finds the use of calcium silicate bricks ↑

Due to the high frost resistance of a silicate is allowed its application in the conditions of Northern regions with long cold winters. But you should pay attention to the high coefficient of thermal conductivity of the building material. The laying of this stone quickly and easily gives the heat out of the house. Therefore, if you plan your hands to build a house on the building materials, consider what kind of insulation is allowed in the project of masonry walls, so you do not have to further insulate the building.

In addition to residential homes, allowed the use of silica brick for the construction of warehouses, garages and various industrial premises, particularly in those cases where its high thermal conductivity can be neglected. The main limitation in laying out material based on silicate remain the foundations and basements. Even if you plan to build with his own hands a small house or garage, utility room, avoid the use of silicate in the masonry of the Foundation. 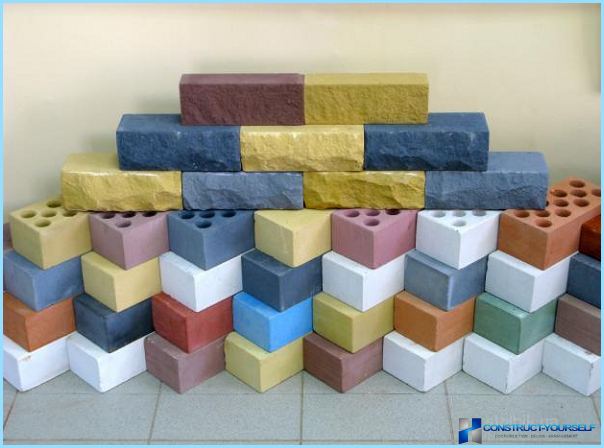 What are the advantages of building materials ↑

The material has very good sound insulation qualities, it allowed the posting of internal partitions in a half-brick. This is enough for isolation from noisy neighbors.

Facing the options of units in recent times are increasingly used in external decorating various buildings. Sand-lime block has a regular geometric shape, clearly defined edges, straight corners. Thanks to this wall, lined with face material, looks nice and neat without any additional finishing works, as in the photo. 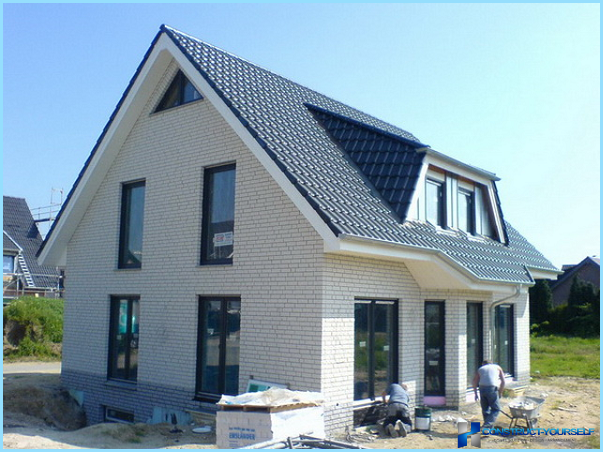 And in recent years, manufacturers have expanded the range of manufactured cladding material, since started using mineral dyes. Now, in addition to traditional white sand-lime brick, you can purchase stones of yellow, green, pink and other colors, up to 10 variants of color face of the unit. Besides, there are a variety of texture, you can pick up the stones with a relief surface imitating natural materials.

Use in facing masonry of such stone construction makes it easy to add variety to the appearance of constructed buildings. When painting stone the dye is introduced into the entire mixture for moulding bricks, so the color is identical, inside and out. Due to this possible small chips and chipped places on the front surface of the facing brickwork will not be visible, the decorative veneer of the building did not suffer. 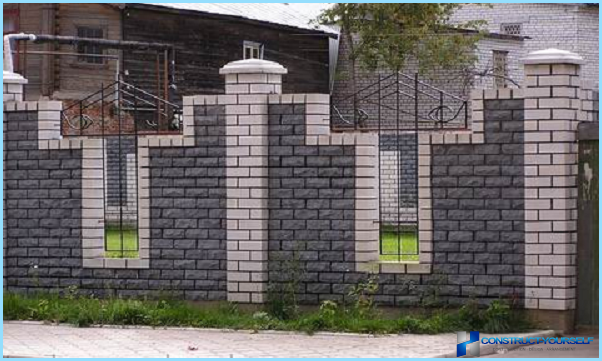 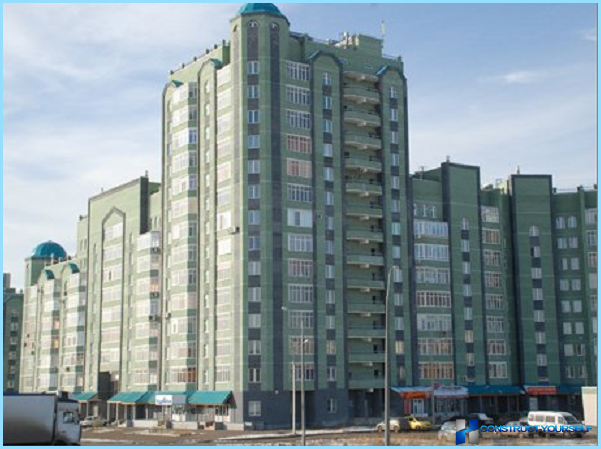 Environmentally friendly sand-lime brick is also a very important aspect of applications in the construction of buildings. Environmental safety of silica brick is determined by the composition of the components from which it is produced. As silicate brick is made from natural materials (lime, sand and water), it does not contain harmful volatile compounds, organic solvents, formaldehyde, harm to human health. According to the ecological characteristics of silicate brick can be compared to natural wood. But, unlike wood, silicate building stone is fire-resistant and, therefore, is fireproof, and does not require treatment with antifungal compounds, not prone processes of decay and destruction.

The disadvantages of silicate ↑

Like any other material, silicate brick has its disadvantages that limit the field of application of this building material. These include a fairly pronounced water absorption of silica brick, as well as the sensitivity to aggressive media. Good ability to absorb water is due to the high sand content in the composition of bricks (up to 90%), however in dry conditions and good access to sunlight is not a problem. Moisture is not retained inside the bricks due to their crystal structure, so the probability of cracking and destruction of silicate bricks is significantly lower than clay counterparts.

However, if silicate brick will be permanently in high humidity conditions, subjected to the constant action of groundwater or rainfall, the probability of the rapid loss of strength and damage increases significantly. Because of this quality do not use silica brick for masonry foundations and basements and ground floors of buildings. 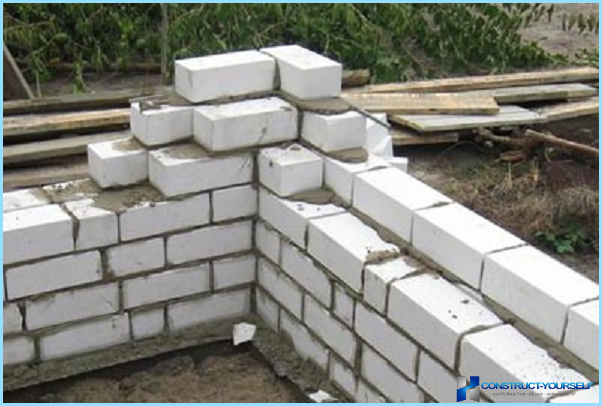 Moreover, these limits on use were imposed in recent decades, sadly, due to increased pollution. When exposed to normal clean water silicate brick will not break down provided that it is fast drying. Destroying its salts of sulfuric acid that may be present in groundwater that interacts with the building Foundation, and in precipitation. As sand-lime brick consists of up to 90% of sand which is resistant to aggressive chemical agents are destroyed under the action of such salts as sulphate of magnesium hydrosilicates and carbonates of calcium (binders, binding crystals of sand inside the bricks).

Thus, for the laying of foundations is necessary to choose another material, use of which is more suitable for specifications. The foundations of buildings, particularly high rise, are increased requirements strength of materials, stability and durability, because their sustainability depends on the strength and longevity of the building. Especially if you build your own house with your own hands, in the laying of the Foundation should pay special attention.

Undesirable use of silicate bricks in areas where their destiny will be constantly high humidity, that is, for the construction of saunas, laundries, showers, and other areas with similar conditions. However, in SNiP II-22-81 «Masonry and reinforced masonry structures» you may use a silicate brick in masonry walls of buildings that will be exposed to high humidity, with the condition of use for interior walls in these areas of repellents, protecting from penetration of moisture inside the bricks. 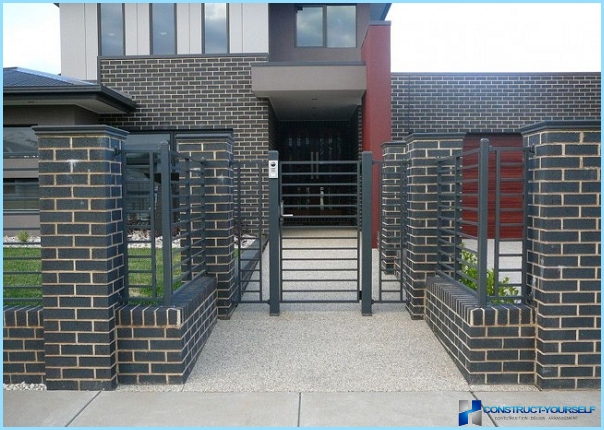 Silicate brick withstands high temperatures up to 600ZeroC, so it belongs to the class of fireproof construction materials, however, have limitations in application at temperatures exceeding 600ZeroC. Not be used for a laying of furnaces and fireplaces, the interior surfaces of the chimneys of silica stone, since frequent and intense heat, it will be destroyed very quickly, and have to redo it all over again. If you have the idea to put their hands in the fireplace or to shift the stove, keep in mind that it is not permitted to use sand-lime brick.

Silicate brick is not just a versatile material, it really helps private developers, making them all by hand. Ceramic brick is unlikely for small money to build a decent house. But if you intend to use in the soil or used for strengthening of Foundation, you must take care of additional very good waterproofing.