From October 2015 came into force the new industry standard of Russia № 379 2015 popular building material – stones and bricks of sand-lime mass. All that was important and required more attention, GOST recorded into normative document, a kind of law in the field of technical characteristics of building materials.

Existing GOST 379 95 built in a similar way, but there are some differences in their requirements for the production, acceptance and technical suitability of silica brick. 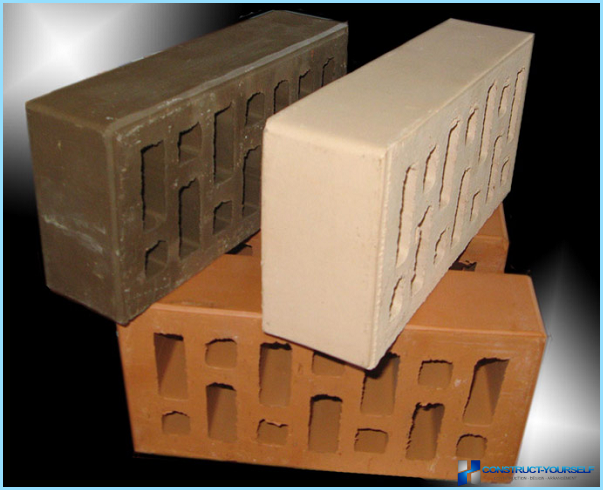 Old GOST 379 95, passed in ‘ 95 was largely based on the requirements of the old Soviet GOST 1979. In those days all the plants brick products from silicate worked under technological and organizational control of the Ministry of construction and the large number of inter-Ministerial technical committees.

The adoption of GOST 379 95 led to a number of factors and conditions:

Brick based on silicate began to produce as the old brick factories and new private firms, on the different raw materials and equipment, often with incomplete compliance of the conditions for its own needs or under picky «private owners»;

For the revival and development of construction work in the country needed a reliable and durable construction material, so the bulk of the technical requirements to the silica brick in the Guest 379 95 slightly simplified, that can be attributed to the pluses of the document;

Most of the provisions on the characteristics and regulatory environment for sand-lime brick was more focused on the manufacturer of silica products, which is a minus.

Note! Despite some technological backwardness of equipment quality brick silicate, corresponds to technical conditions, was only available at the state brick factory.

The advantages of technical conditions from 95 years can be attributed the systematization of the simple requirements cons – lack of numerous important definitions and technical specifications for raw materials base of production of silica brick.

Why is there a new standard ↑

Development and implementation of GOST of the Russian Federation No. 379 2015 on characteristics of silicate building materials and, above all, on the brick, it took to organize the market of silicate bricks, and most importantly – quality control of production the second most popular building material.

The increase in the construction of buildings, especially skyscrapers, with the use of silica brick showed all the pros and cons of simplified technical specifications. The stone and brick of the silicate mass was purchased mainly from a private manufacturer and the technical characteristics in accordance with GOST, but in fact its use was possible only for low-rise building, which is a minus. 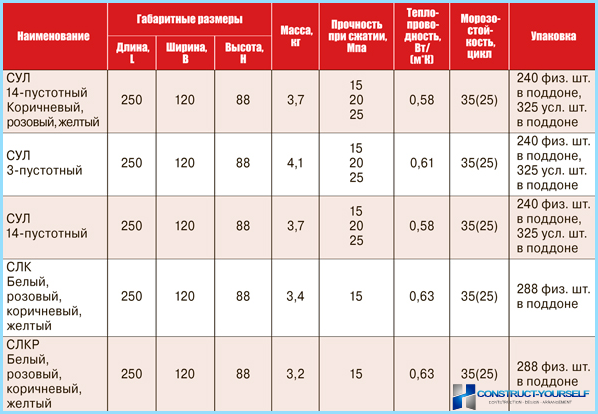 In addition, the market of silicate building materials began to appear EN masse high-quality imported lime stones, more advanced technically. There are many domestic counterparts, the production of which is not governed by the technical characteristics of the current GOST, and a lot of low quality fake Chinese spill.

The disadvantages of the old GOST is the impossibility to protect construction companies and privateers from the low-quality fakes, legally produced and imported in the country. 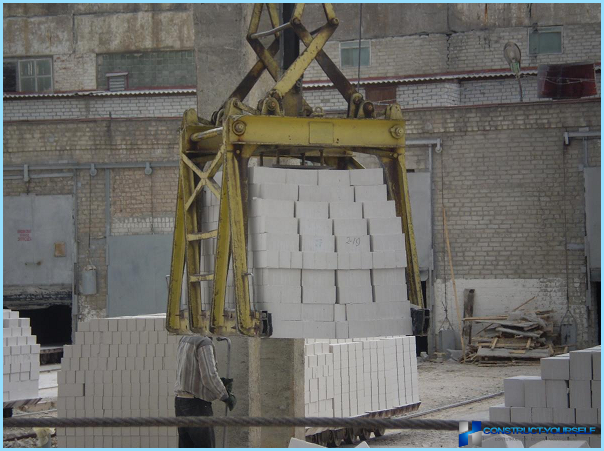 Specifications of silica brick, a review of GOST ↑

Unlike GOST ‘ 95, in the new document there are two significant differences that are not related to technical issues of the control of silicate materials:

Note! About trying to go to civilized norms and specifications of silica brick shows at least the fact that now the GOST of a pack of bricks and stones must be Packed by plastic film.

The main differences are in technical terms of construction material ↑

As before, sand-lime brick is divided into two main categories of use, ordinary stones for the construction of load-bearing structures and exposed bricks to complete facing masonry. Blewits – ordinary silicate stone, or brick, can be produced in standard sizes: length – 250 mm, width 120 mm and thickness of 65 mm or 88 mm. the Last size refers to the size of silicate bricks, which are now Standards, referred to as the large brick. 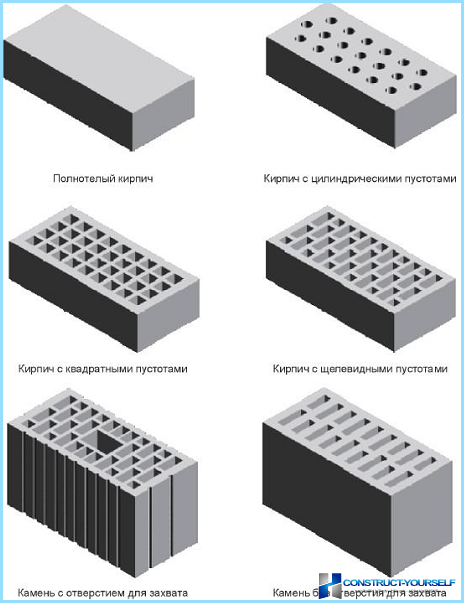 It is important! The difference in name has not affected the product itself, now marking a half brick is the letter «Have».

Single version of the brick unit can be considered the ultimate size for the hand of the Mason, full-bodied version weighs less than 4 kg, to work with such bricks is very difficult. Therefore, it is most often made with special cavities. However, the shape and number of cavities in silicate «body» brick standard does not specify, leaving the matter to the mercy of the manufacturer of the building material.

At a height of 138 mm material called lime stone, if the width of silicate bricks above 130 mm, standard it is referred to as a block.

Technical characteristics of the materials from a silicate-mass ↑

Guest added a description of the main defects with the classification of their features and characteristics, but the list of technical parameters of silicate rocks and bricks remained the same:

The last parameter you entered, as a novelty, in connection with the emergence rastrovana material, in other words, the material may have on the outer surface of the decorative elements that mimic natural stone, ceramic surface, even wood.

In addition to decorative materials, appeared description of the new – textured and Cam options of bricks. The first is obtained by processing the pinned decorative bricks, which saved the front surface. Pazogrebnevye material is very popular in recent years not only from silicate and ceramic and clinker performance. On the surface of this block is made of alternating grooves and ridges, like the cubes from the children’s building designer.

The production of such silicate materials requires complex equipment and control of technical parameters, therefore, the new standard provides even the schemes and sizing circuit of such bricks and blocks. In relation to the size of an instance has a maximum variation within 2 mm, but on condition of strict adherence to the parallelism of the opposite faces of the height of the brick is installed, the error is twice less than -1 mm.

The main technical indicators of silicate left a mark, water absorption and frost resistance. If in the old Guest there was mark M75, the new edition of the standard ordinary solid material shall be of strength not less than the brand M100 and lining – at least M125.

The situation is similar with frost, under the old standard it was possible to produce or release from a technical resistance level from F15 to F50. The new standard requires that solid sand-lime blocks were in the range from F25 to F100.

In matters of technical standards of water absorption of the maximum level of accumulation of material moisture limited % to 6% by weight. 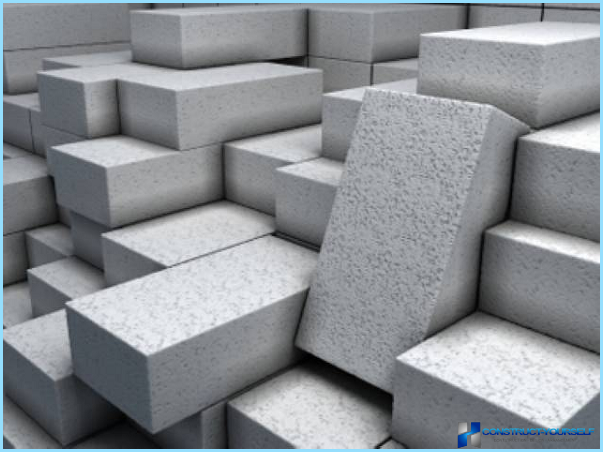 Technical requirements to the appearance of calcium silicate bricks ↑

Often the main criterion of control of technical fitness of silicate building material is not determined by how much his strength or water absorption, which is of course very important, but rarely can be controlled in settings.

Suitability often set by visual inspection of the brick;

Any of these signs can serve as a basis for rejection of the batch silicate block the customer or buyer.

Front of the stone can be individually agreed between customer and manufacturer of building material. This standard specifies that block for decorative cladding can have an individual color or stain on the face, the texture made using molding or torkretirovanija, decorative stickers, provided that such elements do not affect the operational characteristics of silicate mass.

Each of the technical standards specified by GOST, in fact, aimed at protecting the interests and forces builders to deliberately buy quality silicate material. In addition to possible losses in financial terms, more important than the security of the structure of silica material, especially if we are talking about complex multi-storey residential buildings.